A significance of the term APPROACH in our life is amazing, we end up using it everywhere, from daily scenarios to life situations to corporate processes. Approaches are nothing but a way to handle things and smart geeks have created quite a few to balance and simplify client engagements. However, to pick the right one for the project, is still a puzzle.
Instead of discussing every approach, it’s better to pick the top 2 – WATERFALL and AGILE, where most of the battles are happening and the idea of this write up is to share the struggles of a UX designer while using these approaches. Traditional Waterfall model never gave design its due and this is when the origin of AGILE happened. But it also failed to give enough time to designers for their creativity. Now, what’s the way out until something better comes up, here is the way to accommodate UX in AGILE.

Let’s take a deep dive into these approaches, before we accommodate them into UX 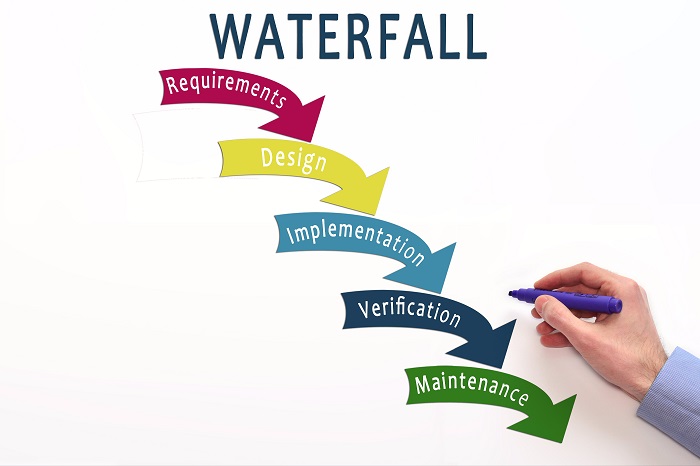 Waterfall is a conventional approach where you are heavily relying on everyone doing everything right the first time as you rarely re-visit a phase once it’s completed. But there were many disadvantages of this approach as it’s highly risky, more costly and less efficient. All stakeholders are never on the same table, for example, testing is involved only at the end, project managers are overloaded with work, and users never get a chance to review the product until the end. The end result is an outdated product that loses its value by the time it reaches the customers.
Scrum or Agile development is less risky than Waterfall, where you focus on delivering independent and fully tested features. You will plan your work in iterations and break tasks into small increments that can be completed in stages called Sprints. The risk is usually diversified, so if one feature gets wrong, other features are not impacted and you can still release at the end of each iteration. 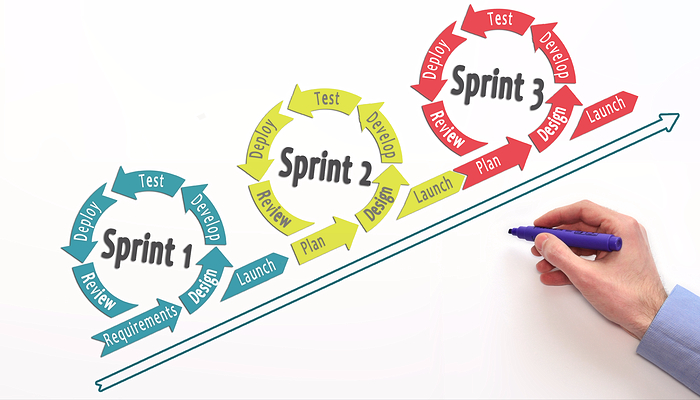 Agile is the Lean method of software development where you select, plan, test and deploy one feature before getting started on the next feature, focussing on eliminating waste to the minimum. Originally developed by Toyota in 1950, Lean is a customer-centric methodology, associated with the manufacturing world, to continuously improve any process. Lean do away with the heavy duty user research techniques and emphasize more on innovation in UX, prototyping and A/B testing in its frequent releases.

Fitting user experience into Agile, the best way for a good designer?

The agile approach is iterative, incremental and evolutionary, and does not directly involve long-term planning. Iterations are short time frames that typically last from one to four weeks and involve a cross-functional team working on planning, requirement analysis, design, coding, testing, and documentation.
Transforming existing user experience practices into Agile model can be really challenging as user research is a time taking procedure and this forces some people to skip the research steps and overall degrading the experience. Lean UX involves creating a quick prototype and getting feedback on the actual observed behaviors gathered in usability testing. This is followed by iterating product and market strategy till you find the right audience and the value you’re adding to your customers.
According to research from Jakob Nielsen, the ideal number of participants is five and after that the odds of finding the new roadblocks were low. He introduced the Discount Usability Engineering that fits aptly in the Lean UX. It consists of three techniques: Scenarios, Simplified think-aloud, and Heuristic evaluation. These techniques often require fewer participants and time than the formal usability testing.
Scenarios is a type of extreme prototyping that reduces the level of functionality and number of features for a system to a minimum. Scenarios can be as simple as paper mockups or actual interface prototypes.
Simplified think-aloud involves end-user using a system to carry out typical tasks, all the while having them think out loud during use.
Heuristic evaluation is when a group of experts is employed to individually evaluate systems based on commonly accepted standards known as heuristics.

How to squeeze the intensive user research in the SCRUM process?

The answer lies in the Remote Usability Testing (RUT) or online usability testing. It is executed by conducting a scenario based testing on a web interface that would not otherwise be possible in a usability lab due to cost, time and geographical locations of the target users. 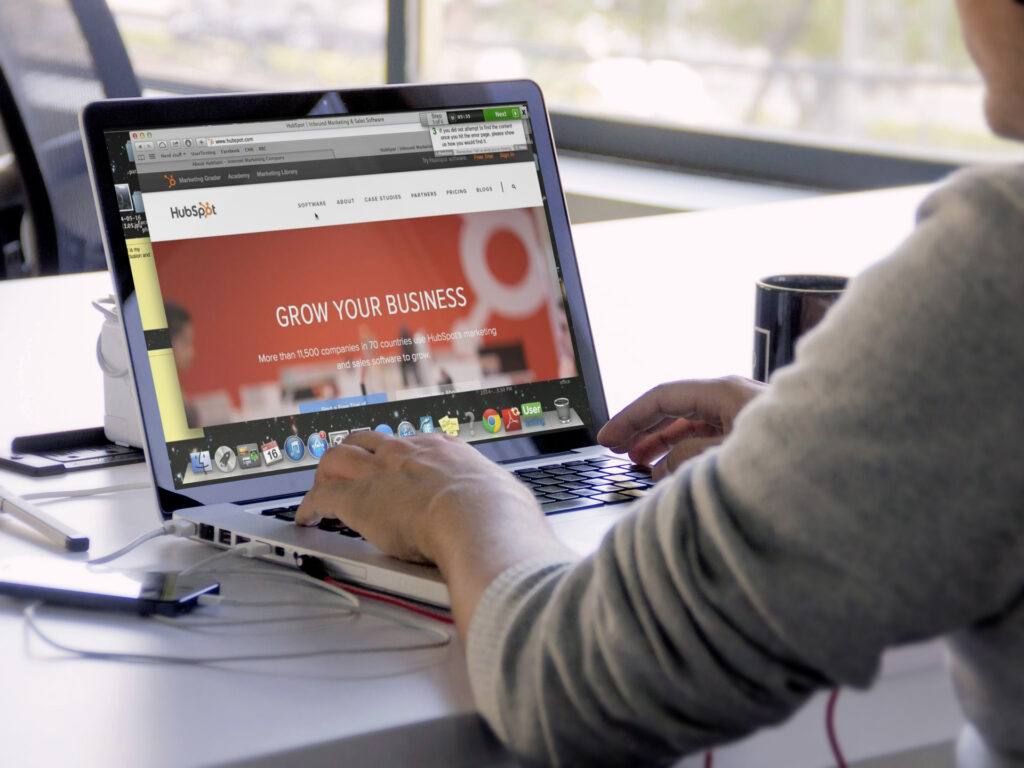 A typical usability testing would include 100+ participants in a typical lab environment. Online remote tests will support the discount usability methods, reducing the time and cost spent on scheduling appointments, to meet users at their place or invite them to usability lab. There are a few more advantages, like unbiased feedback, and faster results.
Then comes another important question, whether to conduct moderated or unmoderated sessions. Moderated testing is where users and facilitators are on the same virtual platform, researcher watching the usability test remotely and guiding the participants directly via chat, email, telephone etc. Software from websites like UserTesting and UserZoom are used to conduct the moderated usability testing.
In the unmoderated remote testing, participants complete the test on their own while the sessions are recorded for viewing later by researchers.
Some examples of unmoderated RUT are:

UX Research can be as big as you can stretch and as small as you can limit, but best results in the limited timeframe are something everyone desire for. With old research methods, it’s hard to hit the tight timelines without compromising creativity and uniqueness of the design. We’re not sure if Remote Usability Testing can become the backbone of the UX, but at present it’s the best way to accommodate UX research in the AGILE environment.
Image Source 1